SERVICING FOR PEACE OF MIND

We have averaged 1750 miles a year in our 1937 Ruby BBM69.  It is over twenty years since the last restoration by Bancroft Restorations, and in our opinion the car is as good as, if not better than, it was when leaving the factory.  From 1944 to 1964 Monty, Dianne’s father, was responsible for the servicing.  He was a garage owner and had been brought up servicing Austin’s, he had the Ruby and a Ten.  He had the advantage of having a hoist and power greasing equipment; he was a great believer in using plenty of grease and using it often.  His woolly hat bore silent witness to this, Fred Dibnah would have been proud.

A photograph of Monty’s Spinney Garage mid 60’s.  Center front is the compressed air driven greaser, at the back right is BBM69 awaiting refurbish. 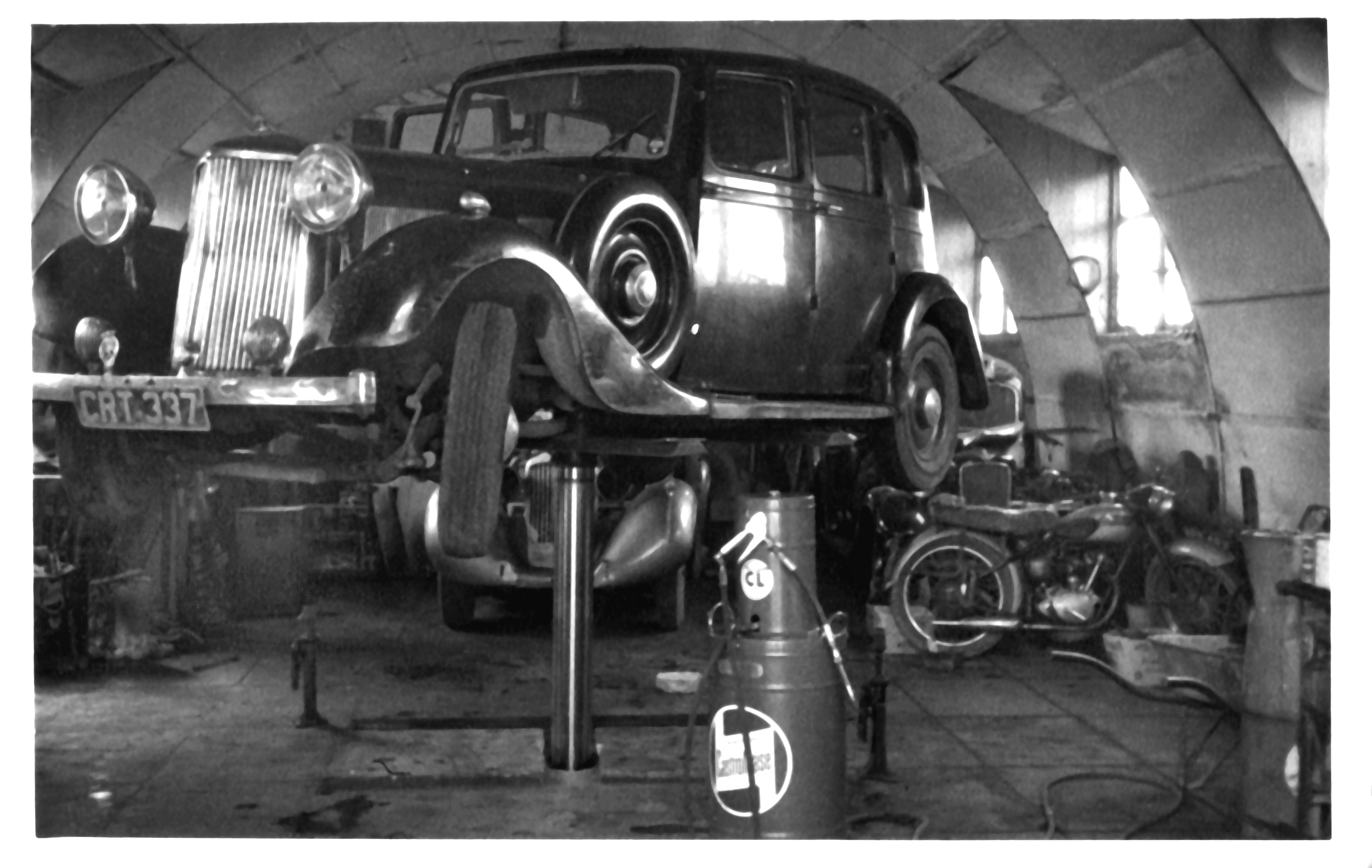 I also like to keep joints well lubricated, anyone who has taken apart an old Austin will have found examples of very worn spring pins and other worn out items.  Much of this wear could have been avoided by regular servicing.

See the worn brake cams below. 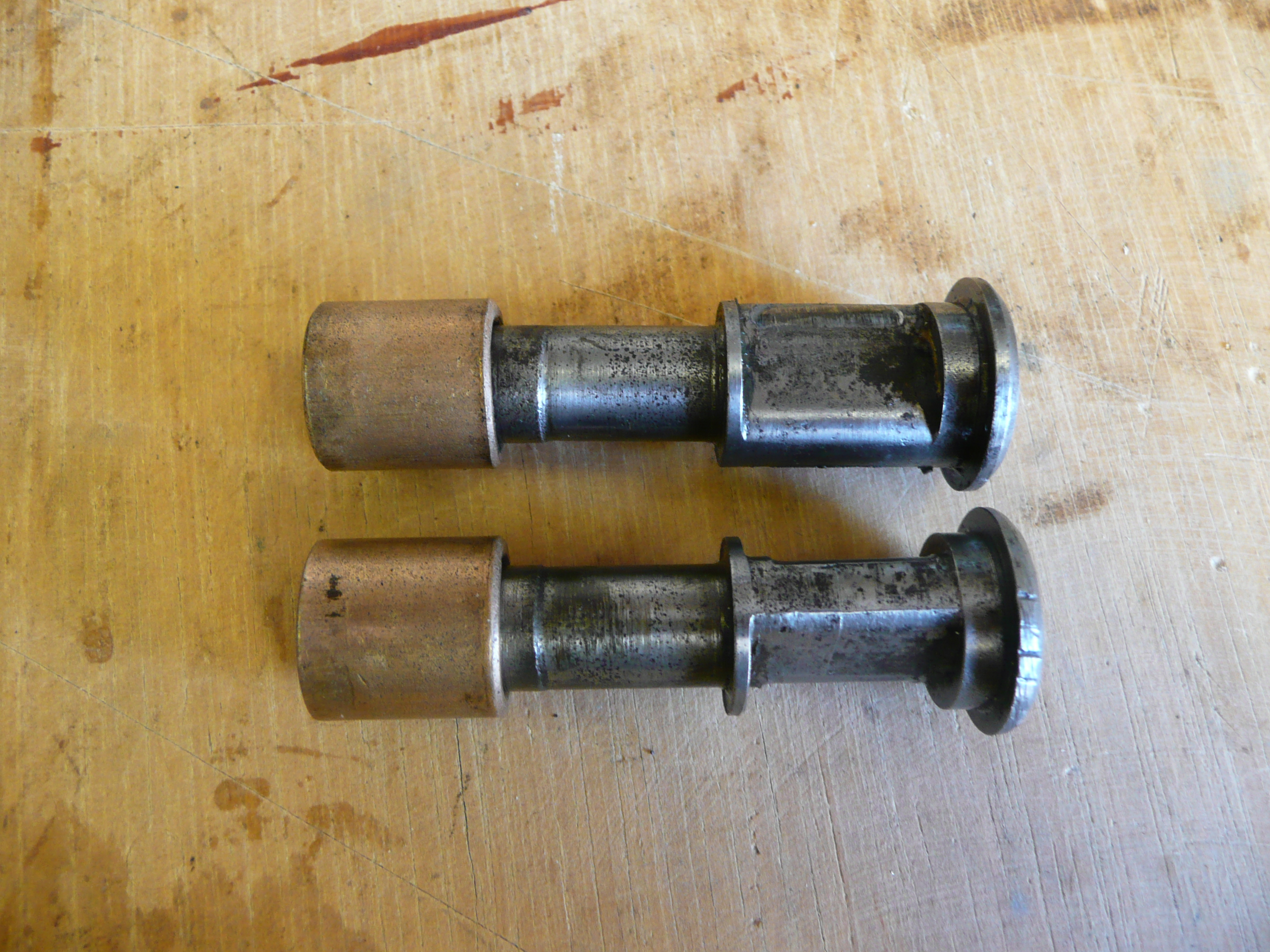 Now I am responsible for keeping BBM up to scratch, I have found it helpful to have some forms printed to remind me of what is required.  The Annual Service form picks up the important items at least once a year.  I used to do this before the MOT (but now after the last salt on the road) in the spring.  The Regular Attentions are used more flexibly, depending on the mileage done and about to be done.  Before a long trip (anything over 500 miles) I would go through both lists, if not using the car much I would draw a line through that month.  As in all things Austin Seven, common sense needs to be applied.  Anything that needs to be looked at that is non-urgent can be noted down and sorted out in the winter.  I occasionally remove the sliding roof to check the parts normally hidden.

The Additional Information list has the Servicing Data and types of consumables to use.  I am aware that someone else will eventually take over the servicing of BBM.  As time goes by servicing our car becomes more of a specialized subject, out of modern mechanics comfort zone, so the more information written down the better.  Even the simple question “ What oil should I use” posed by a new owner of an Austin Seven at the PWA7C AGM this year presented problems.  He had no idea what the previous owner had used or the state of the engine.  In that case a straight 30 grade was recommended.  It would be good if all our pre-war machines had such information recorded to ensure continuity of care.  I also make a point of using tools similar to those in use in 1937. I am sure I could strip the thread on a brass wheel nut in seconds with a modern wheel nut spanner.

The last time I tested the compressions of the cylinders the results were as shown.

I must add a disclaimer, as I am sure I have missed out some items deemed essential by other owners.